A father’s story: thanks to GROW my daughter loves school

Jean Rene’s daughter, Annicette, is at a GROW Educare centre. He says, “My eldest child came to this school, and he is doing well now that he is in Grade 2. I know the foundation was good, so it was a natural choice to send my daughter here too. As parents, we are busy at work, and we only see our children at night. Children need to learn and grow: the love challenges and opportunities to learn. At home we’re tired, and there are chores we need to do at home, so they must learn during the day at a good school. My child loves school. She wants to go even on a Saturday! The teachers love them. She is always talking about her teacher,” he says.

A father’s story: I can see the difference

Johan, a father at another GROW school, says, “Jemma was at a day mother before, and unfortunately she didn’t learn much. Then after I moved her to this school you could see the difference. In the evenings she tells me they did colours and seasons. You could see the change in her capabilities. She is learning and the care she gets is excellent. It is two roads away from our house, so that helps me very much.”

A father’s story: thanks to GROW my daughter is learning

Parents, Xolani and Nwabisa, have put their son Unati into a GROW school. “I liked the environment. Most crèches we saw did not have an outside play area, and it is in English. He is learning. It is good to learn at his age (4),” says his days, Xolani. His mom, Nwabisa, says, “He can write his name and knows the colours,” says. “We do cut and paste at home and other homework, he is learning. I hope my child can grow to be someone that can go to primary school and high school and be what he wants to be,” she says. “Where we live there are gunshots at night and hijackings. Soldiers come into our area for the crime. If you are a proud, educated person you want a job not crime, this is why it is important,” she says.

Zubeida Adams, the mother of 4-year-old Jayden, was desperate to find an ECD centre in her community of Beacon Valley, Cape Town. One she could afford, that would be safe and give him a great head-start. “I want my child to get a degree someday, so I know must start today,” she says.

Trying to find a preschool for my 2-year-old.

“When Jayden was two years old, I was so busy at work, and I asked my father-in-law to find a preschool for him. When I took him there, the owner would not let me into the school – they were very distant to me, and I started to get worried. I was not allowed to see inside. I dropped my child at the front door and left him there – I didn’t know what else to do since I have to go to work,” says Zubeida. “When I fetched him later that afternoon, his nose and his bum were dirty, and he was unhappy and stressed out. After a few days, his bum went raw because it was so dirty. I cried for a week I was so disappointed and didn’t know what to do,” she says.

Zubeida started looking for another preschool. “I was allowed to see inside a few crèches in my neighbourhood, which is not usual but now I insisted. Most places were dark and messy. The bathrooms and kitchens were dirty, the taps not working, and the kids could easily reach the hot stove. Dangerous exposed electric wires were hanging low down, and the damaged buildings made my heart sink. None that I saw had any good equipment. The children were just sitting around on mats, often watching TV. The atmosphere was frantic and chaotic, with kids crying and wandering around with nothing to keep them occupied. It was terrible,” she says.

“I didn’t know what to do. I can’t afford to send my son to an expensive school in the rich suburbs, and I must go to my job,” she says. “Then, a friend told me about a GROW school nearby. This place is clean, and the teachers are educating my child. He is learning every day. The food is healthy and it’s safe,” she says. “There are equipment and the school is neat. There is a routine and the children are calm. Everything is different from the other places, even the tone of voice the teachers use, everything.

At this GROW educare centre, the teachers teach with love. They have the equipment and do learning activities. Jayden is so happy. He wants to go to school every day, even on Saturdays,” she says.

Finding a quality Early Childhood Development (ECD) centre close to home is a struggle for most parents living in low-income communities in South Africa. Most ECD centres (also called preschools or creches) are not able to provide stimulating, enriching environments due to lack of qualified and passionate teachers, resources and skills. Many are simply places to keep young children safe from gangs, violence and drugs while parents are at work for long hours every day.

South Africa has one of the most unequal societies in the world, and the difference between education in affluent areas and low-income areas perpetuates this. From an early age, a child born into a poor community is at a disadvantage. Nearly half (46%) of the 8,2 million children who are between 0 and 6 years old in SA live in low-income households. About half of these children do not attend a preschool at all. For those who do, the problem is the low quality of education. To amplify this issue, most of these children are growing up in homes where interaction, play and stimulation are also not offered.

“The good preschools are an expensive trip away in the richer suburbs – I have to spend a lot of money on transport to get my child there,” says one parent who was very glad to see a GROW Educare centre open down the road from his house.

Add impact to your inbox

Sign up for our emails and get inspiring stories about early learning and women-run micro-enterprises straight to your inbox! 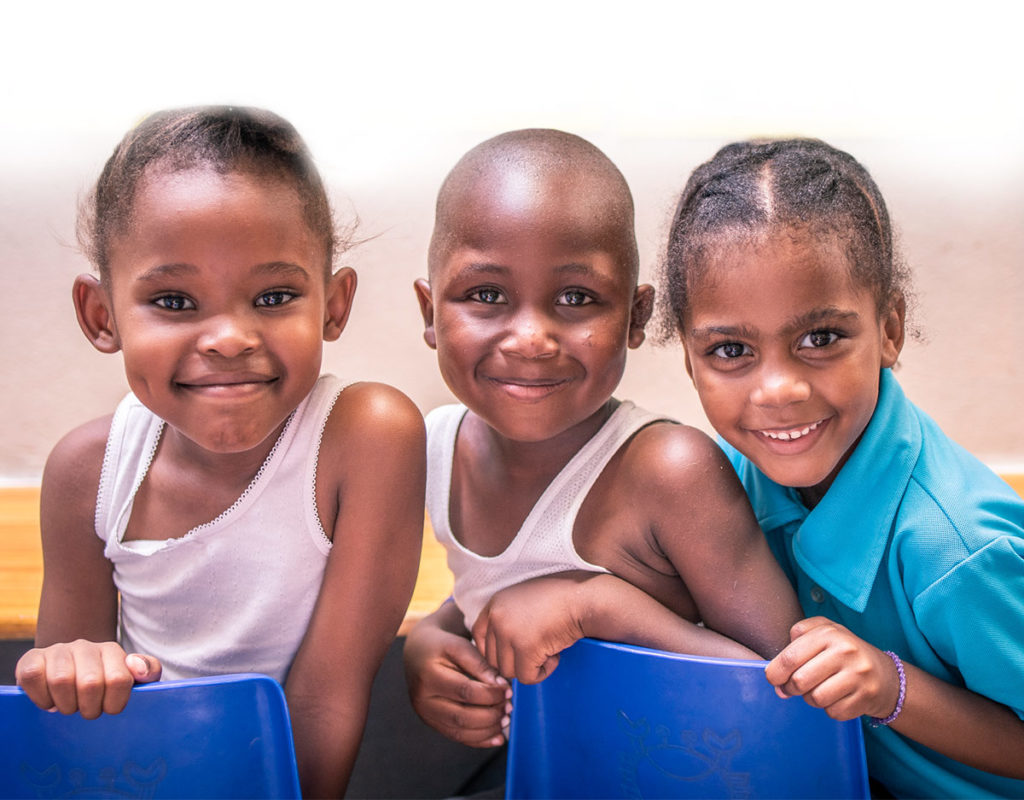